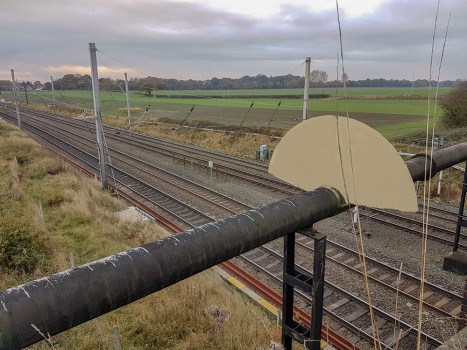 The project:
The Golborne Road Railway Bridge, constructed in 1929 and located in the town of Wigan, carries the busy East Lancashire Road (A580) over the West Coast Main Line between London and Glasgow. The bridge consists of two supported decks, each spanning between the abutments to the central pier, with the abutments and wing walls constructed from mass concrete. In several areas concrete had delaminated from the soffit and areas of spalled concrete and exposed reinforcement were present. Cracks had also developed to both spans, some of which were wet from water seepage. APA Concrete Repairs Ltd were successful in their tender bid and appointed as Principal Contractor to undertake concrete repairs and a carbon fibre wrap containment to the bridge soffits.

The solution:
Working from tower scaffolds erected during night-time and weekend rail possessions, APA’s in-house resources carried out a delamination survey to identify the defective areas of concrete which were subsequently broken out and prepared before being reinstated with the specified hand repair mortar. As the strength gain of the specified repair mortar was insufficient due to limited time, low temperatures and vibration caused by vehicular traffic on the road above, APA provided the Client with a sprayed concrete alternative solution, which was accepted and applied successfully. The wet cracks were chased out and then reinstated with rapid setting waterproof repair mortar. The concrete soffit was to be encapsulated with carbon fibre wrap to contain any future concrete spalling. Following preparation by specialist captive blasting and surface cleaning techniques the CFRP fabric was cut to length and bonded to the prepared substrate in strips following the contours of the bridge soffit using a wet lay-up method. The completed CFRP application was then coated with a UV resistant coating to provide further durability and protection.

The outcome:
The repair and strengthening works to the soffits of Golborne Railway Bridge were completed despite repeat interruptions from train movements as well as numerous possession cancellations, and the risk of sections of concrete falling onto passing trains was mitigated. 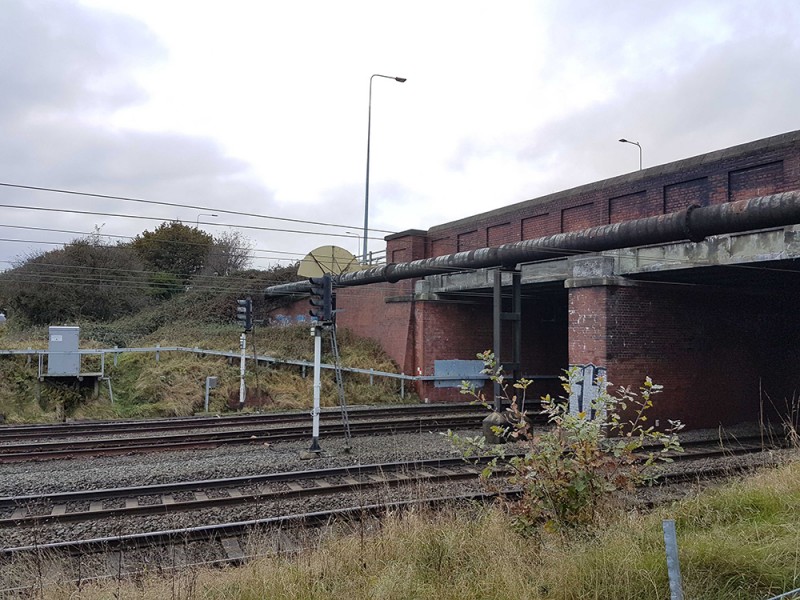 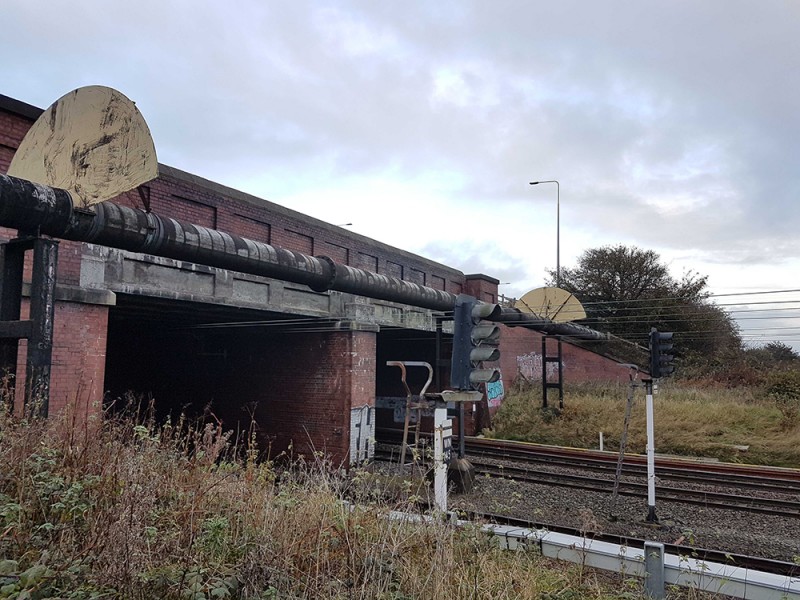 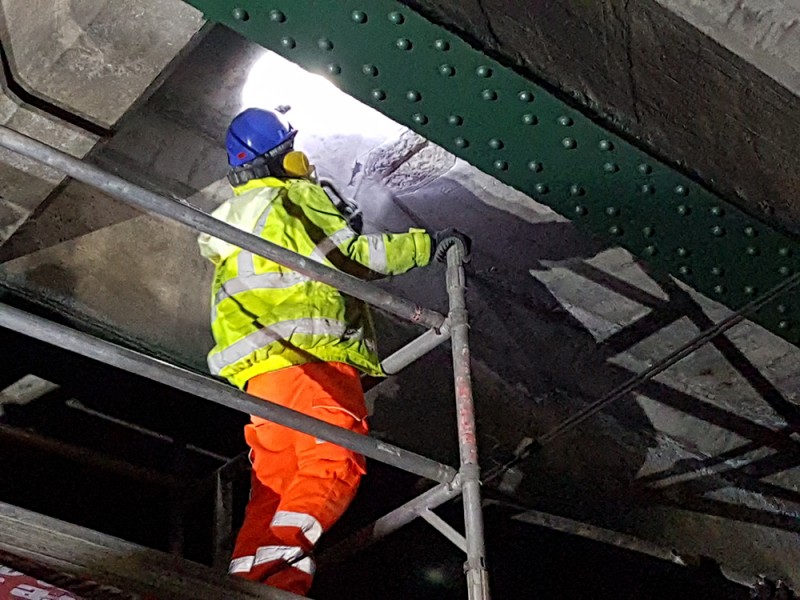 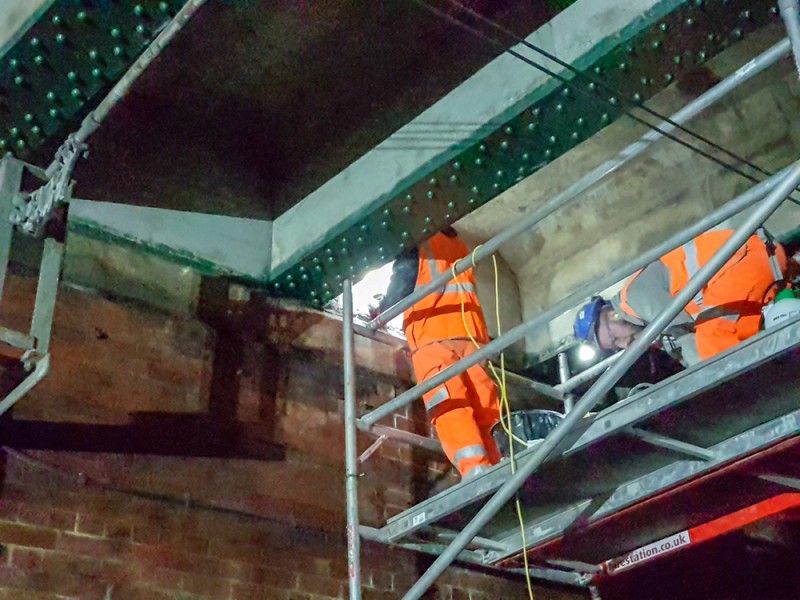 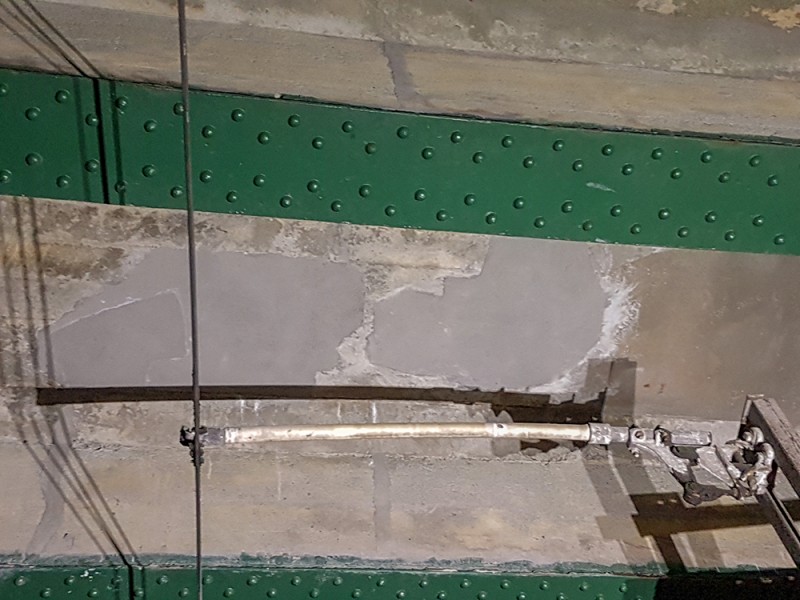 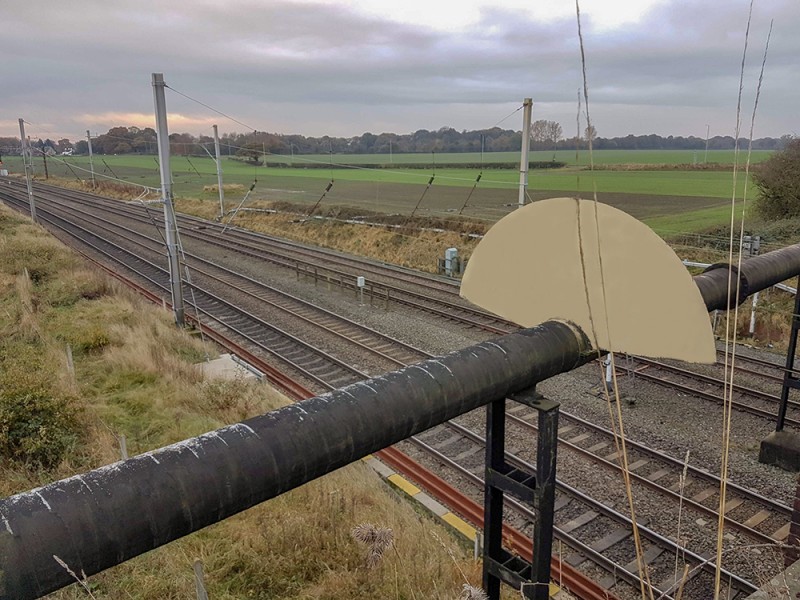