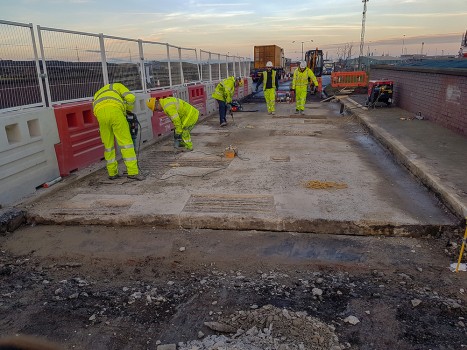 The project:
PD Ports is a UK ports business headquartered in Middlesbrough, North East England. The major deep-water complex of Teesport is one of the largest container ports in the North of England, handling over 4,350 vessels a year and around 27 million tonnes of cargo, with a road access bridge which crosses two railway lines serving Teesport carrying a wide single lane carriageway that provides primary access to its No.1 and No.2 Quays. The carriageway surfacing was showing signs of failure and deterioration to the R.C. deck beneath was also evident. APA Concrete Repairs Ltd were appointed to undertake concrete repair works to the top surface of the railway bridge deck, without disrupting crucial HGV access to and from the bustling port.

The solution:
Working under single lane traffic management, and once the bridge deck had been exposed, the repairs were marked out and cutting and breaking out of the failing areas commenced. It was clear from the type of corrosion on the buried reinforcement that chlorides were present in the upper surface of the concrete. Therefore, as time was at a premium, APA suggested the use of galvanic protection (sacrificial anodes) to the perimeter of the repairs and reinstatement of the patches using a high strength rapid setting repair mortar.

The outcome:
The repair works to the carriageway deck of the Teesport Rail Bridge were completed on time, within budget and without disruption to the port, which was the Client’s critical requirement. The use of high strength rapid deck repair materials by APA enabled the bridge deck waterproofing and resurfacing to commence ahead of schedule, and the introduction of the sacrificial galvanic anodes, again by APA, added durability and longevity to the repaired bridge deck without adding any delay to the programme. Further solutions to the presence of chlorides were provided by APA but time was the limiting factor for PD Ports on this particular project. 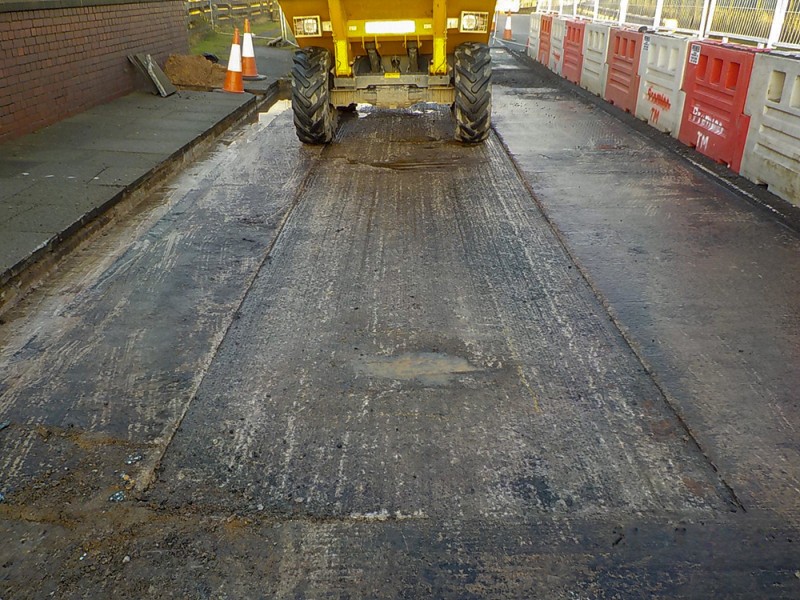 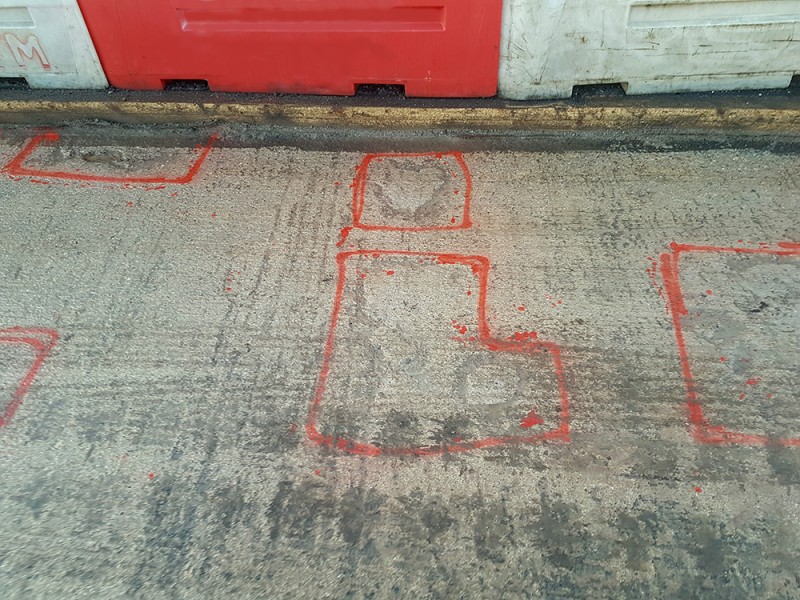 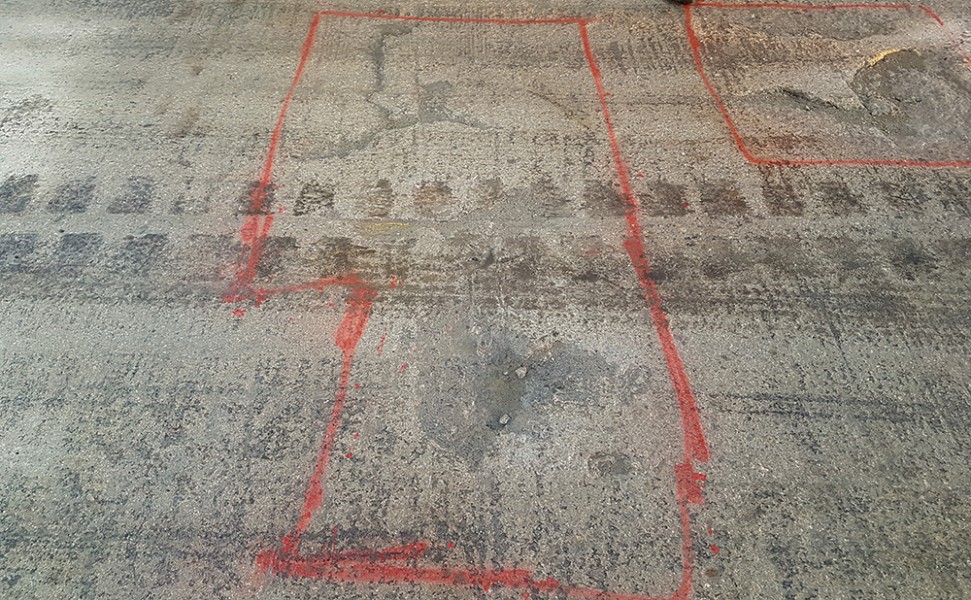 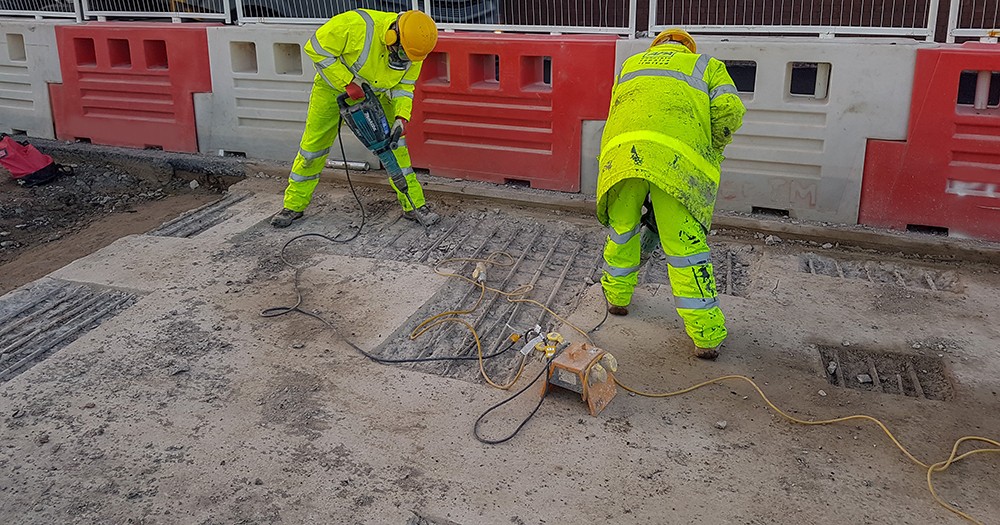 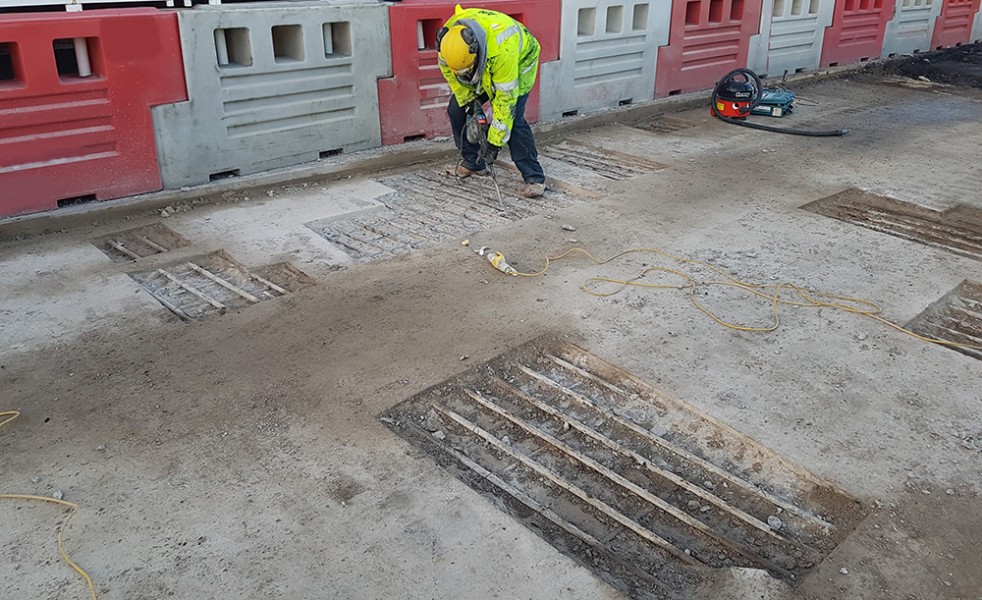 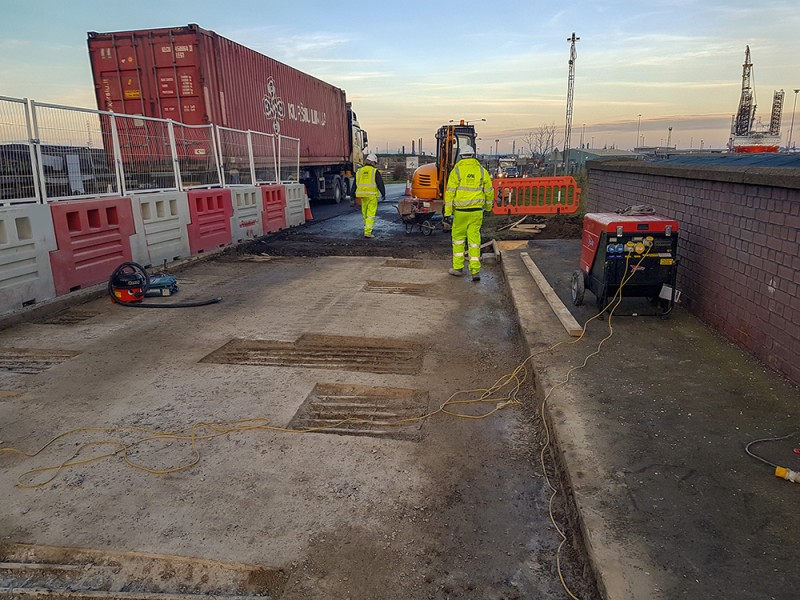 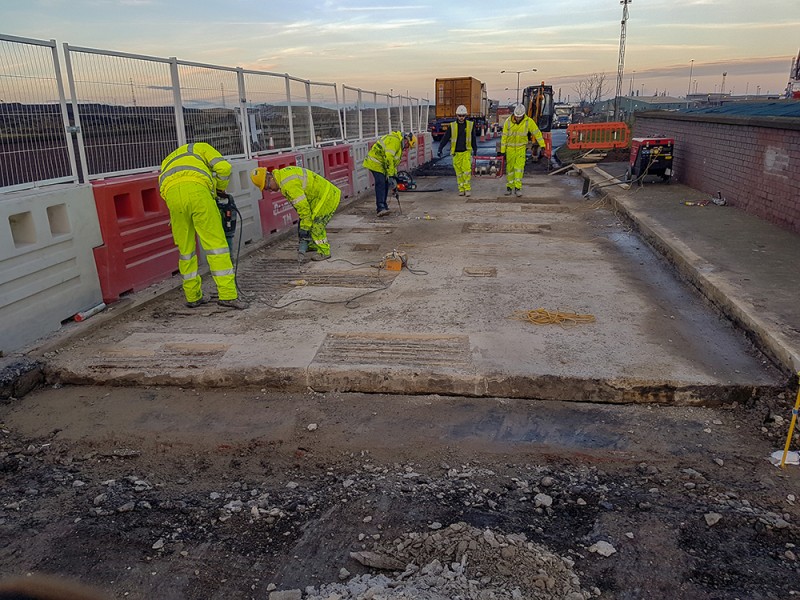 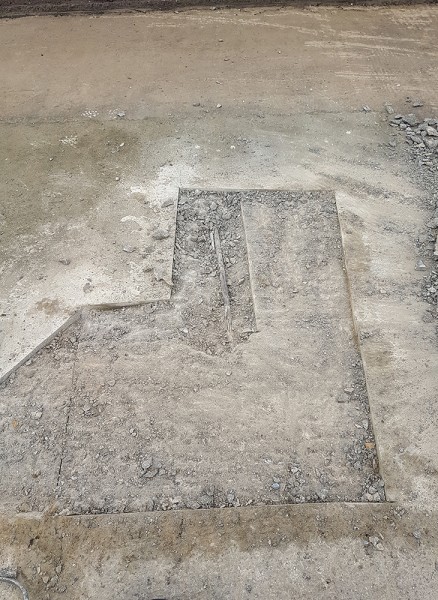 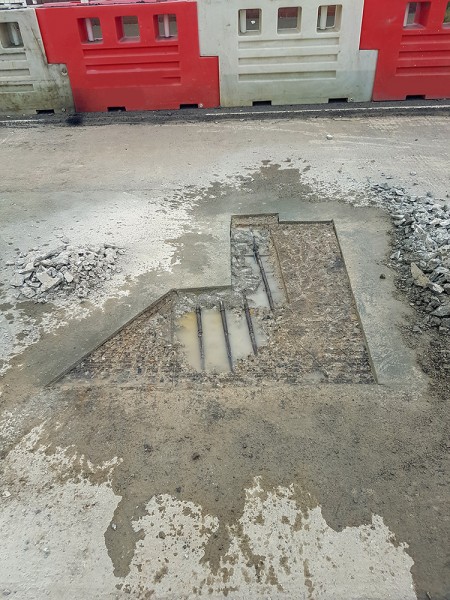 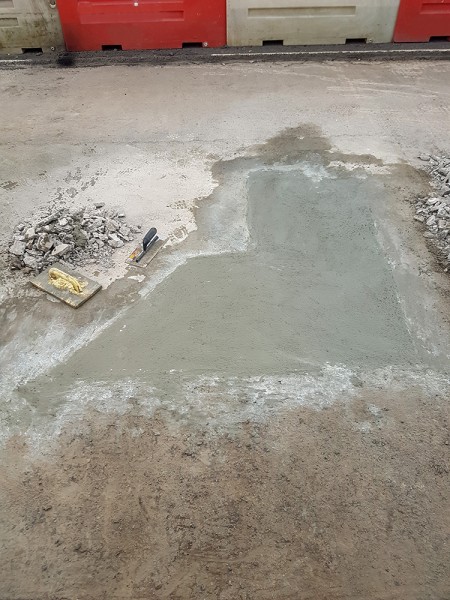