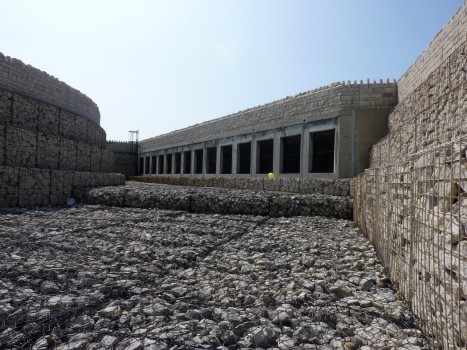 The project:
Portland Storm Water Interceptor is a 540m long reinforced concrete Seawater defence channel that is buried under the Portland section of Chesil Beach on the Jurassic Coast in Dorset. The interceptor was constructed during the mid-80s after it was decided that an effective long-term solution was required to alleviate flooding that had occurred in the past, cutting Portland off from the mainland & resulting in the death of up to 60 people in the storm surge of Nov 1824.